The Best of Friends: Two Women, Two Continents, and One Enduring Friendship 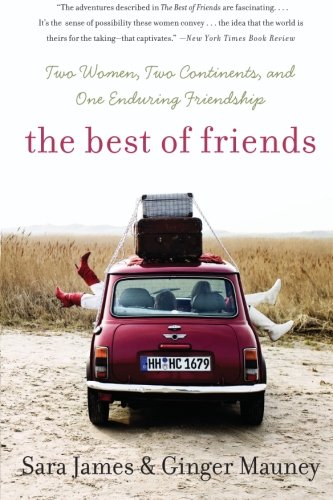 Transplanting Southern roots to southern Africa, Ginger Mauney has earned the acceptance of a troop of baboons, unraveled mysteries of life and death in an elephant herd, and raised her young son in the wilds of Etosha National Park.

During her career as a television journalist, Sara James paid her own way to cover the war in Nicaragua, exposed slavery in Sudan, plunged to the grave site of the Titanic, but struggled to balance work with marriage and motherhood. Though the two lead seemingly opposite lives, there is much they share. A hometown in Richmond, Virginia, an attraction to life on the razor’s edge, and a past.

Now, in this heartfelt memoir, Sara and Ginger alternately narrate the story of their twenties, thirties, and forties through the lens of a friendship that has spanned thousands of miles and more than thirty years, and reveal how they dared to reinvent their lives, just as it seemed that everything was falling apart.